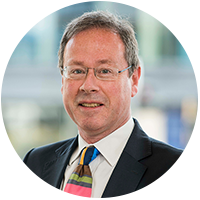 Paul has been qualified 34 years. He is an accredited specialist in freedom of information and data protection law, one of only two such specialists in the private practice legal sector in Scotland

He is also a versatile and highly experienced civil Solicitor Advocate who has used his Rights of Audience continuously and prominently since 1998.

Paul has advised colleges, private schools, councils, Registered Social Landlords, law firms, accountants and SMEs on a variety of DPA/GDPR, PECR, Freedom of Information and Environmental Information issues. He has run many groundbreaking cases, for example:

Appeared before the First Tier (Information Rights) Tribunal, representing Scottish Borders Council v ICO. A £250,000 DPA 1998 Monetary Penalty was cancelled by the Tribunal. The only successful such appeal in the UK to date. Paul was lead counsel.

Complementing his data protection experience, Paul has a well-known practice in defamation, media and social media law which is increasingly called upon by his clients who have ranged from politicians to record production companies. For the past ten years he has presented an annual event at the Edinburgh Fringe to explain his areas of interest to artist managers, artists, producers and authors.

Find out more about our legal services to the creative industries.
Learn More →

Sign up to receive BTO BeCreative updates by email CLICK HERE (opens a new email).   See our Privacy Notice for information on how we process your data.